Everyone knows there’s only one place in South Walk to get a grilled cheese, and it’s Dino’s. This is beyond question.

Time and again, fast-food cheeseries like Melteez or Cheese Palace have tried to gain a foothold in South Walk. Every year or two, you’ll see an ambitious uptowner in a fancy suit wandering the Walk’s dingy alleyways, his eager eyes scanning for a future home for the franchise so temptingly teased in the documents he clutches. The people, he’ll convince himself, want something classier. He’ll think in phrases like “uptown grilled cheese at a downtown pricepoint” and “family dining experience”. The really oblivious ones will even start construction.

But they will fail. They all fail, because nothing can beat Dino’s grilled cheese.

The only sign for Dino’s is a screen-printed cling on the front door. You’d miss it if you didn’t know where you were going, but, of course, everyone knows where Dino’s is. It’s said that South Walk babies settle for mama’s milk only until their legs can take them to Dino’s door. The lettering is blocky and unprofessional and starting to peel in some spots, but it serves its purpose, marking the portal to the stuffy dining room and the best melts you’ll ever taste.

“Meltz the Way You Want ‘Em”—that’s the Melteez slogan. Step up to the counter and you’ll be faced with a staggering list of options, and if the chipper, cap-wearing youth behind the counter sees you squinting at the menu, they’ll immediately recite them for you: classic American, Monterey, Pepper Jack, Provolone, Havarti, Cheddar, Mozzarella, Dubliner, Brie, Blue, Feta, Chevre, Gruyere, Cream, Camembert, and Spray, and that’s not including the seasonal specials. It’s all imitation, of course, since no franchise is going to waste its money on actual dairy when there’s a shortage. There’s always a shortage.

Then, once you’ve selected a cheese, it’s on to Round Two: deciding what to wrap it in. Your choices, as the youth will declare—a flicker of pained exasperation behind their bright eyes–are white, wheat, rye, pumpernickel, sourdough, seven-grain, eight-grain, buttermilk biscuit, New York bagel, Montreal bagel, pita, naan, tortilla (corn or flour), flatbread, noodle buns, rice buns, and, for the guests with dietary needs, lettuce leaves. Melteez corporate is reportedly still trying to devise a way to keep disheartened guests from walking out the door at first sight of the options.

At Dino’s, there’s one item on the menu: grilled cheese. He makes it with buttermilk bread and real cheddar cheese—shredded, not sliced, so it melts better. You tell Dino’s nephew behind the register how many you want, and Dino expertly grabs exactly enough slices of bread, dresses them each with cheese and a shake of his seasoning mix, and in one swift move—fwip fwip fwip—spreads butter, real butter, on them all before dropping them on the hot grill. Three minutes later, the bell rings, Dino’s booming voice shouts, “ORDER UP!” over the kitchen’s sizzle, and Bennie hands you your tray.

It’s prompt. Unpretentious. Polite in the economical, just-enough, keep-your-distance way. And when you bite into that sandwich, you immediately understand why, for all its 288 bread and artificial cheese combinations, Melteez will never hold a candle to Dino’s.

The butter, rich and indulgent, hits you first, setting a silky stage for the act to follow. Crispy toast crackles as your teeth pierce the bread. The inside is still soft and spongy, and it tastes sweet, with the slightest hint of tartness to keep it from cloying. Your jaws, still closing, hit the hot cheese, which oozes most satisfyingly onto your tongue, and as soon as the tang of cheddar—real cheddar, shortages be damned—meets your palate, Dino’s secret blend of seasonings appears as well, an aromatic glitter wrapped in fat and dairy.

It is, quite simply, heaven. And so is the next bite, and the next, until your sandwiches are gone and you recline, spent, basking in a sort of hazy afterglow.

Doesn’t matter that in the blistering South Walk summer, Dino’s only relief is a rattling box fan and green plastic glasses of ice water. Doesn’t matter that Bennie only remembers to wipe down the crumb-covered linoleum tables once or twice a day. Nowhere in the city—hell, nowhere in the world—can beat Dino’s for grilled cheese, and you can take that to your grave. 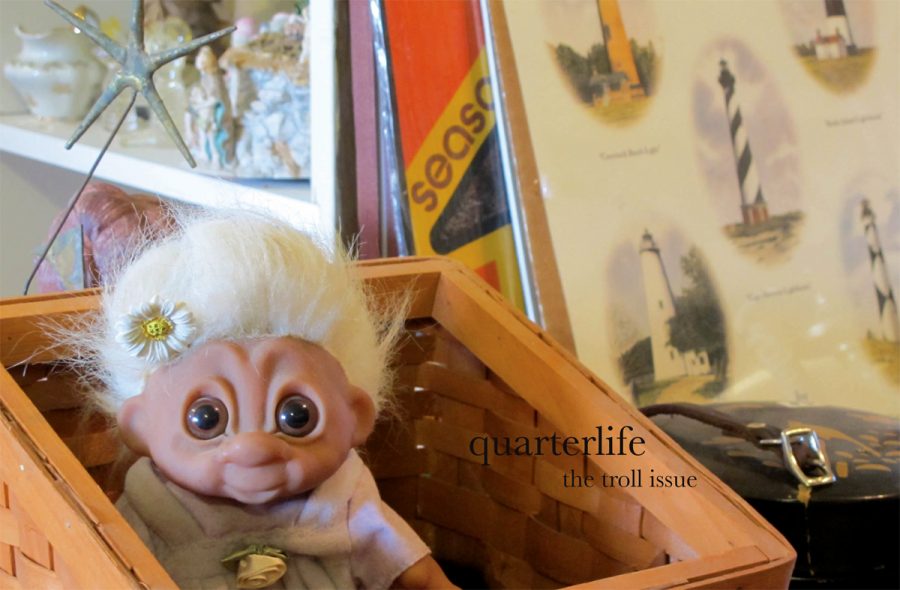 i.
I’ve been meaning to ask:

You see this elephant too, right?

But every time I stick my neck out
and peer around his boulderous bulk,
you’re looking back at me.

It seems a shame to ruin the moment
by talking about elephants.

In third grade,
Sterling Miller flipped a penny 30 times
and got 30 heads,
I watched it.

I’ve never believed in God, but I know He plays dice,
that every moment is another spin of the slot machine,
and that there are no miracles,
only statistically significant improbabilities.

I’ve spent so long listening to the sermons
of the statisticians, the scientists, and the skeptics
that I never attribute to intention
what has a chance of being chance.

Are you really looking for me?

Do you actually see this elephant too?

Or does the penny just keep coming up heads?

The butterfly you pin to the board is lifeless.
You kill the cat by opening the box.
Merely by observing,
we change the outcome.

I’ve been meaning to ask:

You see this elephant too, right?

But maybe there’s no elephant at all,
maybe these legs are tree trunks,
this tail, a rope,
the trunk, a snake.

I don’t ask if you see the elephant,
because what does it mean

(Yeah, I got my poetry published!)

[Spencer’s note: No, I’m totally not posting in Fall 2014 a post that should have been made in Spring 2013. Of course not! Why would you think that?]

Like I mentioned in the last one of these, I write an opinion column in my school’s newspaper, The Pioneer, called “Sexcetera.” It’s a column on relationships, sex, and sexuality, from a perspective I’m trying to keep sex-positive, feminist, and inclusive. I’ve been doing it all year, but save for the last compendium, I haven’t really mentioned it here on the blog.

I write an opinion column in my school’s newspaper, The Pioneer, called “Sexcetera.” It’s a column on relationships, sex, and sexuality, from a perspective I’m trying to keep sex-positive, feminist, and inclusive. I’ve been doing it for months, but (perhaps unsurprisingly, given my tendency to get busy and neglect the blog), I haven’t mentioned it at all here.

Since it would be silly to post each individual column now, I figured I’d post a general directory of what I’ve written this semester.

END_OF_DOCUMENT_TOKEN_TO_BE_REPLACED

We both know you weren’t my first Jotter. That was in middle school, when I shared the joys of writing in a journal with another. By the time we had met, you and I had nothing new to show each other. We were both seasoned pros.

And yet, my memories with you are unparalleled. For years, you fit in my shirt pockets and pants pockets, ready to leap out and, with a satisfying click of your spring-loaded plunger, smoothly glide across my paper, leaving a crisp black trail of ink. You were my totem, my personal prop–I knew you better than anything else I owned, and as the years went on, a part of my soul nestled itself in your barrel, wrapped snugly around your stainless steel cartridge. You were a part of me, and I was a part of you. END_OF_DOCUMENT_TOKEN_TO_BE_REPLACED

Here’s a little bit of an idea that’s been in my head for a little bit.  I may develop this idea more in the future. END_OF_DOCUMENT_TOKEN_TO_BE_REPLACED 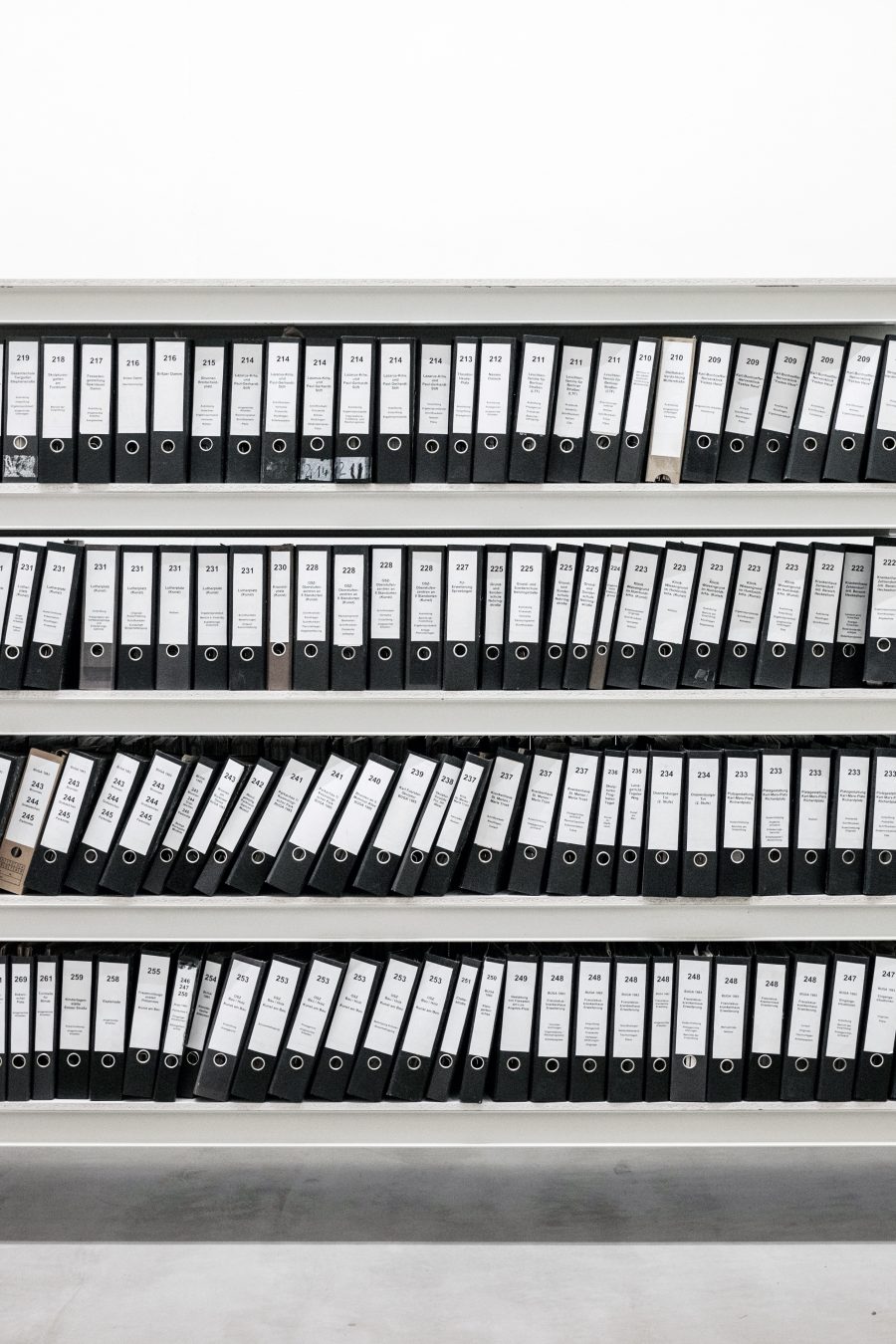 Most certainly influenced by the Decemberists’ “The Island”. And Lemony Snicket’s The End. And my recent surge in fascination with pirates. I blame this on all of them.

Somewhere, in the middle of a black ocean under a black sky, an island slept, the sands of its shallow shores gently caressed by the unceasing tides. Above, in shadowy heavens, the stark face of the moon cast a pale luminescence upon the beach. The waves swept the sands with soft hushes. The breath of the light tropical breeze quietly rustled the leaves of the palms. An air of serenity laid over the island, as if it had never known disturbance and never would.

There were no people on the island. There had been before, however; castaways were no strangers to its shores. Some of them had managed to survive, leaving nothing but footprints on the isle. Others left much more, never seeing their families or homes again. Many had gone mad and killed themselves, either by the noose, by diving off the cliff, or, if they had been lucky, with a pistol. In the end, their remembrances quickly vanished, consumed by natural forces– footprints blew away and corpses were claimed by the earth.

The empty island slumbered. The many exotic birds that lived in the jungle dozed on their perches, their heads tucked into their wings. Sleep caught the few mammals that lived on the island, quietly pulling them into its grasp. Another breeze stirred the palm trees, shaded black with night’s brush. The waves rolled in, splashing the shore. The waves receded, leaving pinpoints of seawater glistening in the moonlight. The waves rolled in, and placed upon the beach a large wooden chest, along with the unconscious man clinging desperately to it.