It was probably a decade ago that I discovered the piecepack. Invented by James Kyle in 2001, the piecepack is a public-domain game system, a standard set of components designed to be combined and used in an infinite array of potential games, much like a standard deck of cards. It’s not a game itself, the same way that a deck of cards isn’t a game. It’s just a set of pieces—you supply the rules for the games you want to play.

END_OF_DOCUMENT_TOKEN_TO_BE_REPLACED 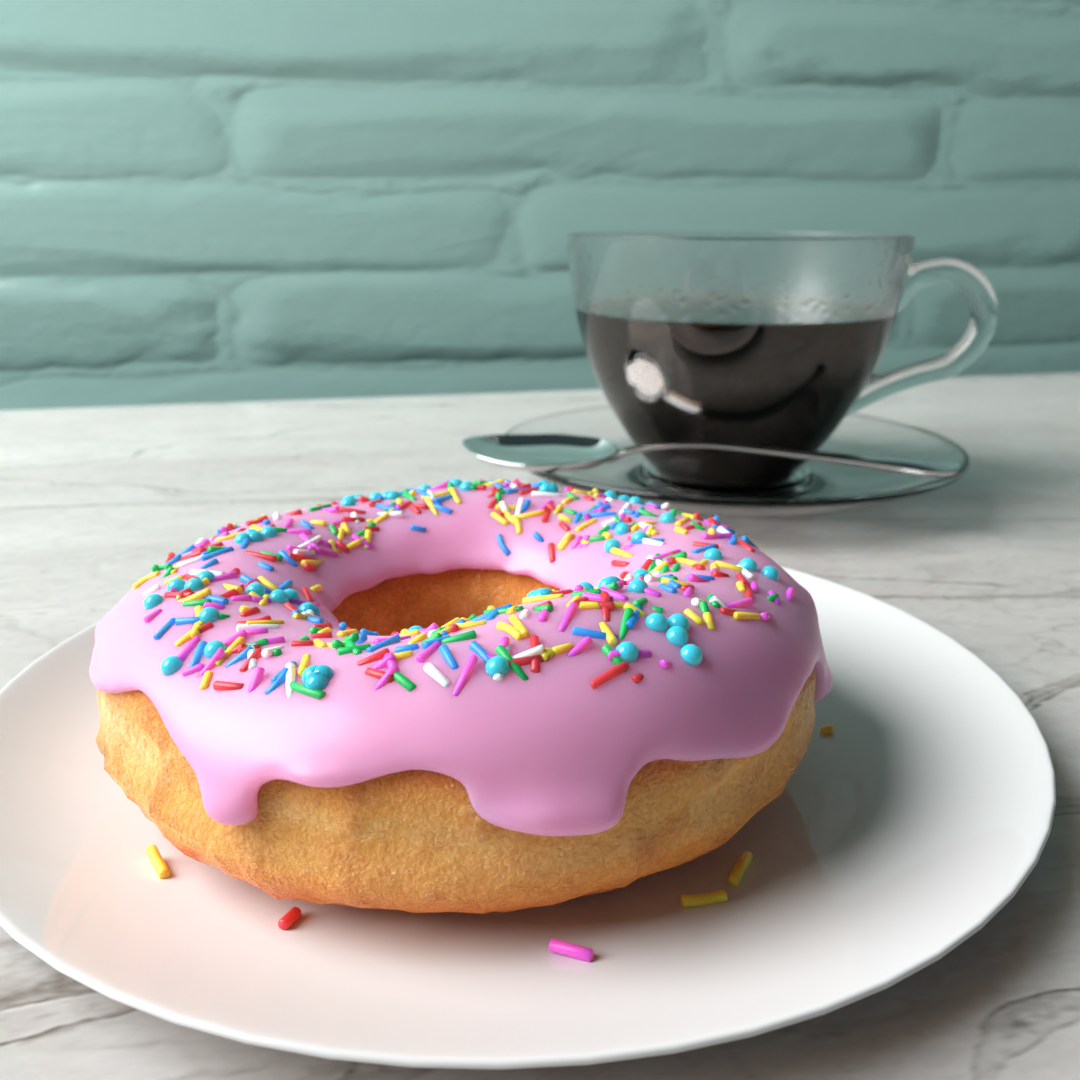 These last few weeks, I’ve been learning how to use Blender–free, open-source 3D modeling software–with the help of Andrew Price’s incredibly helpful series of tutorial videos. This was my final image from the first run through the tutorial.

Learning Blender seemed like a fun endeavor for the tail end of 2020, especially since I’ve sorta neglected my artistic skills for a while. Plus, it would be really cool if I got good enough at modeling and scene design that I could create new artwork for Project NISEI!

My next challenge is taking what I learned here and modeling a pint of beer. I’ll share it when I get it figured out!

I made a thing about Facebook and sharing people’s work.

Inspired by Melissa McEwan’s recent experience having her work reposted without credit. Don’t do that.

END_OF_DOCUMENT_TOKEN_TO_BE_REPLACED

Just over a week ago, heavy winds tore through Spokane, downing trees and power lines and bringing much of the city to a screeching halt. The following day, I went for a walk around our neighborhood to photograph some of the damage.

END_OF_DOCUMENT_TOKEN_TO_BE_REPLACED

My Patreon campaign reached the $20/post milestone, which means that once a month, I’ll be taking and sharing six (or more) photos here on the blog. This month, I have some photos from an increasingly common ritual in my life. END_OF_DOCUMENT_TOKEN_TO_BE_REPLACED 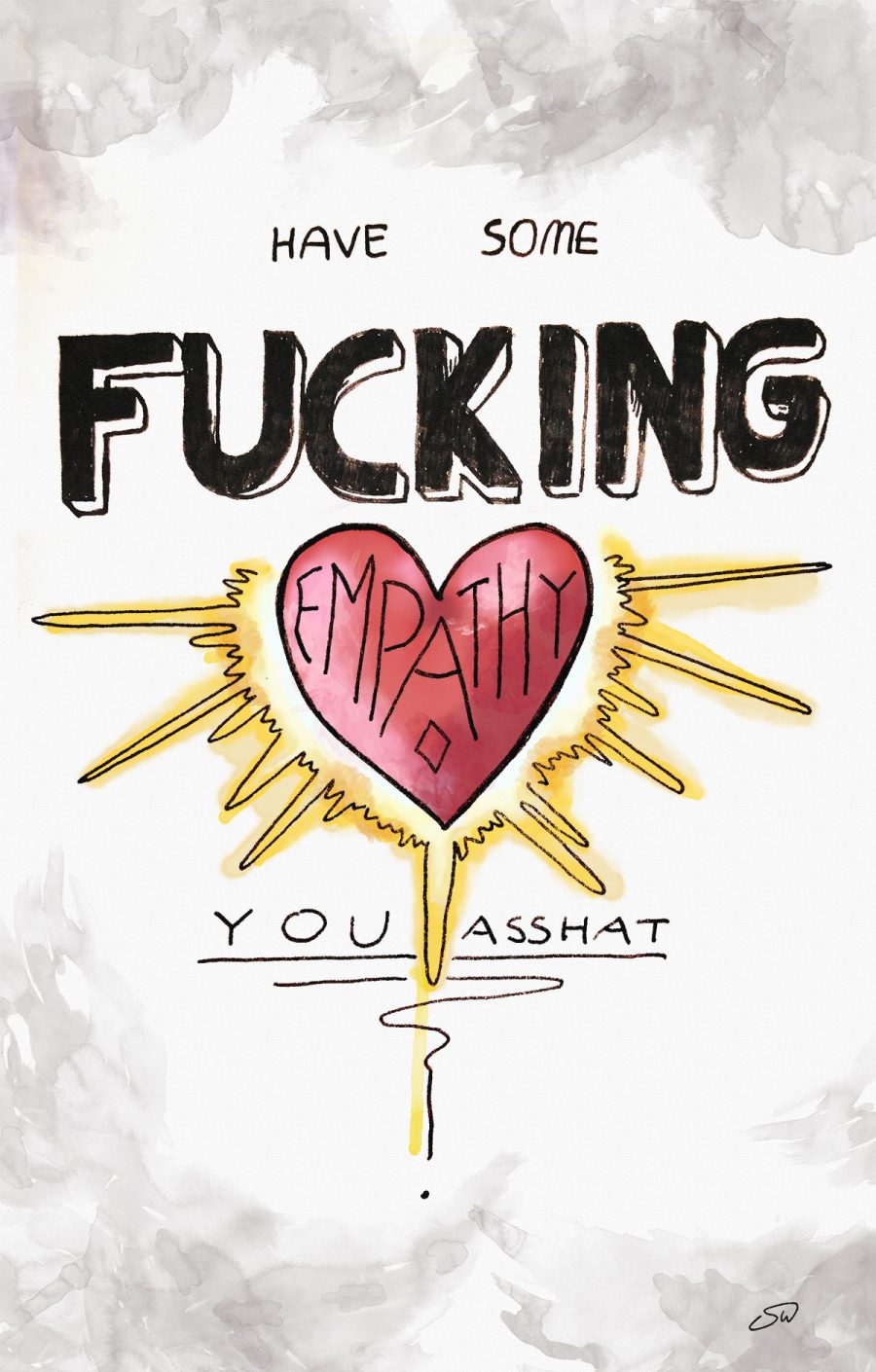 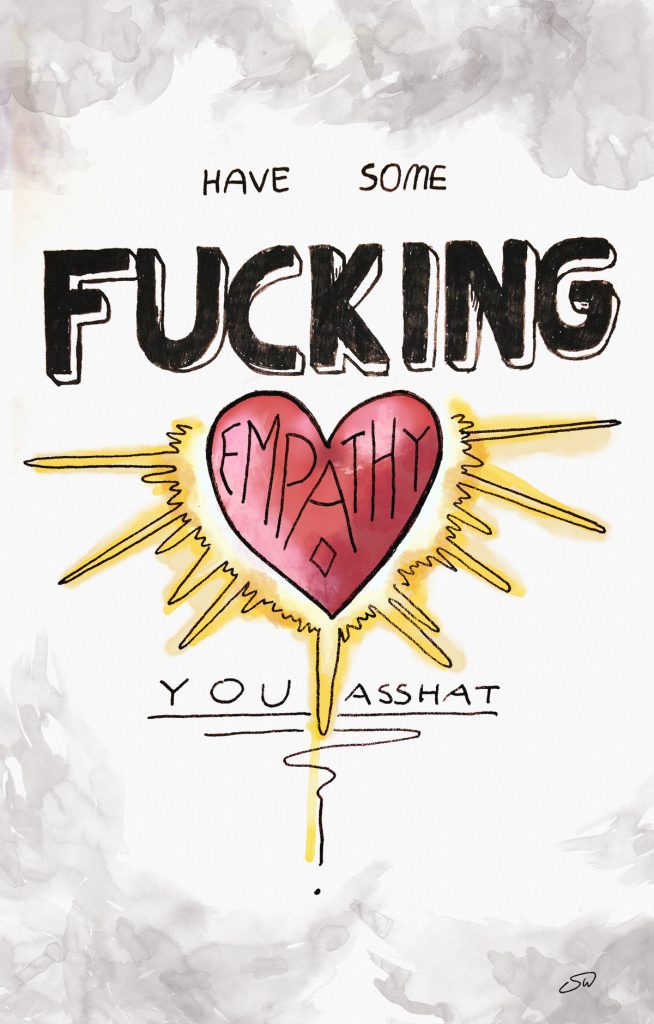 I get tired of dealing with unempathetic jerks on the internet, so I make things like this.

Written in my sketchbook with my Parker Metropolitan fountain pen, then painted in Photoshop.

Want to own this image in a form you can touch with your hands and/or face? You can buy it as a print, a throw pillow, a skin for your laptop/phone/iPad, a tote bag, and more at my Society6 store. Plus, a portion of your purchase will actually support me!

Here’s what you need to know about me: I love putting lipstick on pigs.

It was about four years ago when I was first introduced to Tara Gilesbie’s My Immortal. If you’ve never heard of it, allow me to clue you in. My Immortal is widely considered the worst piece of fanfiction ever written. Ostensibly set in the Harry Potter universe, it follows Ebony Dark’ness Dementia Raven Way, an anti-establishment vampire witch, as she adventures at Hogwarts and uncovers dark forces at work.  At least, that’s what the summary would sound like if the fanfiction were actually any good. A more honest synopsis is “she wears such gothic clothes and looks so hot and goes to a million My Chemical Romance concerts and has to seduce Voldemort and everyone loves her”.

Which is why, as soon as I’d finished reading it, I wanted nothing more than to put it on my Kindle. END_OF_DOCUMENT_TOKEN_TO_BE_REPLACED

Last month, R and I took a vacation to Moab. I had just started exploring HDR photography, so I was eager to try it out on some of Utah’s dramatic landscapes.

Here are a few of the shots I snagged: 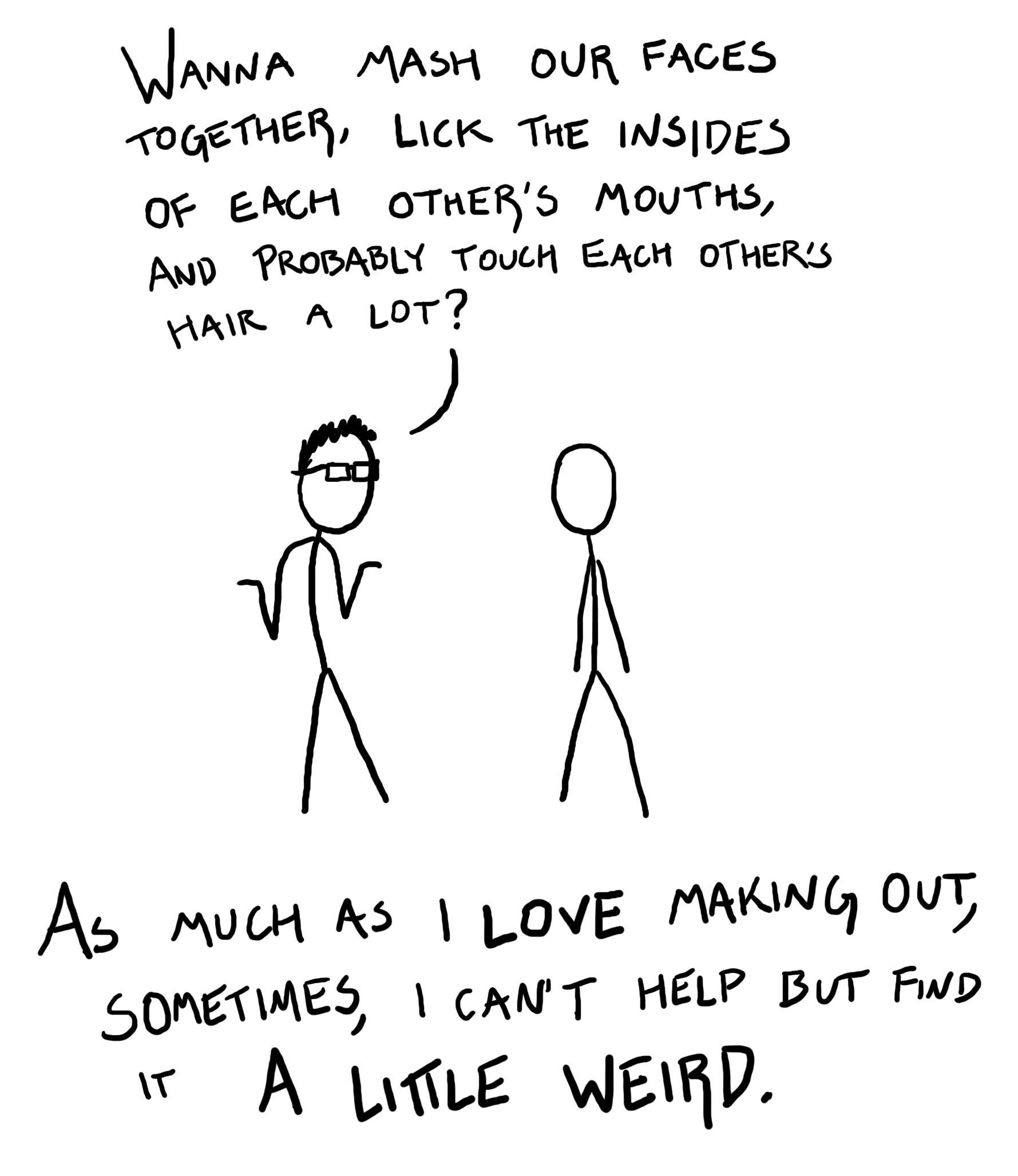 Also known as putting your face on someone else’s face. Repeatedly.