Why… Why would someone choose to hang a Confederate flag across the rear window of their truck (safety concerns aside)? Aside from total obliviousness or outright racism, do you think there is any sort of justification for displaying one’s pride in the ideals of the South that could possibly outweigh the blatant discomfort caused in others by their (justified?) associations with that display?

In elementary school, I learned that the American Civil War was about slavery. In middle school, my history teacher expanded on that lesson, explaining that the conflict between the North and the South was about other things. Economies, for instance–the South was agrarian, whereas the North was rapidly urbanizing. There was also the matter of geography; the South had wide, slow-moving rivers, in contrast with the North’s fast, churning, mill-turning waters. It wasn’t just slavery, it was a complicated issue that involved multiple contrasts between the two regions, and ultimately reflected a philosophical divide on which should take precedence, the federal government or states’ rights.

I don’t fault that history teacher; she was an incredible, amazing educator (and now a comedian!). I recognize that as students get older, they can handle more nuanced understandings of the world. I’m all for that. But in this case, the nuance is an illusion. Yes, sometimes things are layered like that, where there’s something totally different underneath than what’s on the surface. But sometimes, there’s a third, even deeper level, and that one is the same as the top surface one. Like with pie. 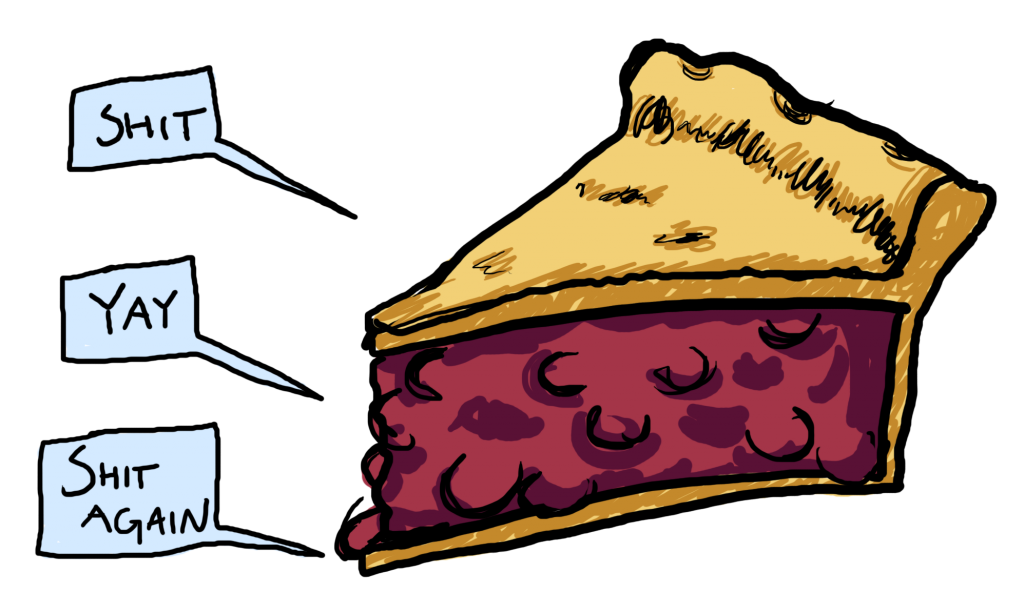 Treating the Civil War as a philosophical disagreement over states’ rights, or a dispassionate result of geography wallpapers over the unpleasant reality. The South cared about states’ rights primarily because they wanted to protect their right to own human beings. Sure, the South had economic concerns… primarily because their economy depended upon owning human beings as property.

I’m not saying the North was full of saints, mind. But at the end of the day, in the American Civil War, one side was filled with people who fought with their lives in order to defend a nation-state that would permit slavery, and that side flew the same flag that jackasses today hang in their rear windows.

But the banner of the Confederacy is stained with the blood of millions of Africans and African Americans kidnapped from their homes and sold as property into a violent system of enslavement, and moreover, the people who fought to defend that system.[ref]Important point: While there’s a special circle of hell reserved for those who fought with their lives to defend slavery, American society as a whole has been built on a system of white supremacy, and I by no means mean to suggest otherwise. The Stars and Stripes are similarly stained.[/ref] That stain doesn’t come out with time. Its heritage is a heritage of racism and brutal oppression. Flying the Confederate flag because you[ref]The “you” I use in this post is nonspecific. I’m not talking about you in particular, Lynyrd.[/ref] admire the Confederacy’s stance on state’s rights is like flying the Nazi flag because you really liked their foreign policy.

Incidentally, in Germany, where displaying symbols associated with the Nazi party is illegal, Neo-Nazis have taken to flying the Confederate flag. As the Centre for Research on Globalization puts it:

This is no accident. The flag of the U.S. Southern slaveholders and the Klan cross are symbols understood around the world. They stand for racism, reaction, lynchings and mass terror, for keeping oppressive institutions intact and for beating down people of color and all those who struggle for a better world.

The Confederate battle flag is a symbol of racism, lynching, and the defense of oppressive institutions. Proudly flying it on your stoop or in the back of your truck is racist, and no amount of simpering about political philosophy or heritage will change that.

“But it’s not technically the Confederate flag!”

If you want to ding me on a technicality, the flag I’ve referred to as the “Confederate flag” throughout this post–that red flag with the blue star-studded X–was never the official banner of the Confederate States of America. That flag was a Confederate battle flag used by the Army of Northern Virginia. This, instead, was the flag of the CSA: 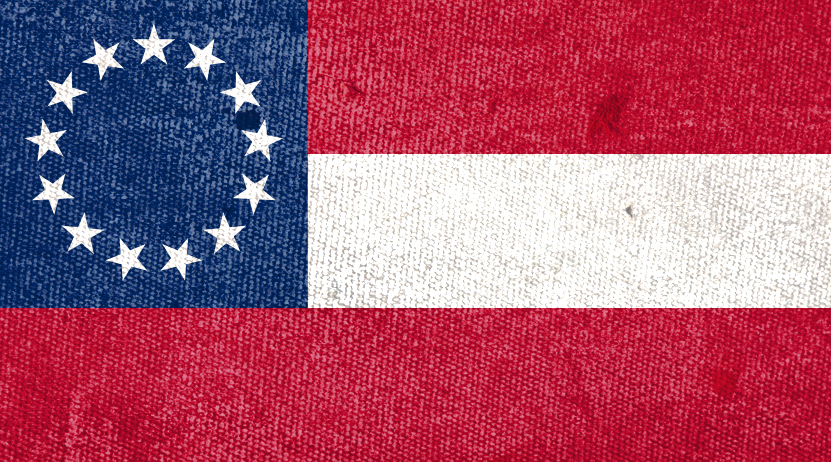 Unfortunately (for racists), that doesn’t change the fundamental point about the Confederate battle flag. That banner has entered the cultural vocabulary as a symbol, representative of that whole wretched system. In the world of symbolism, accuracy isn’t that important. After all, this flag still has a very obvious (and atrocious) meaning… 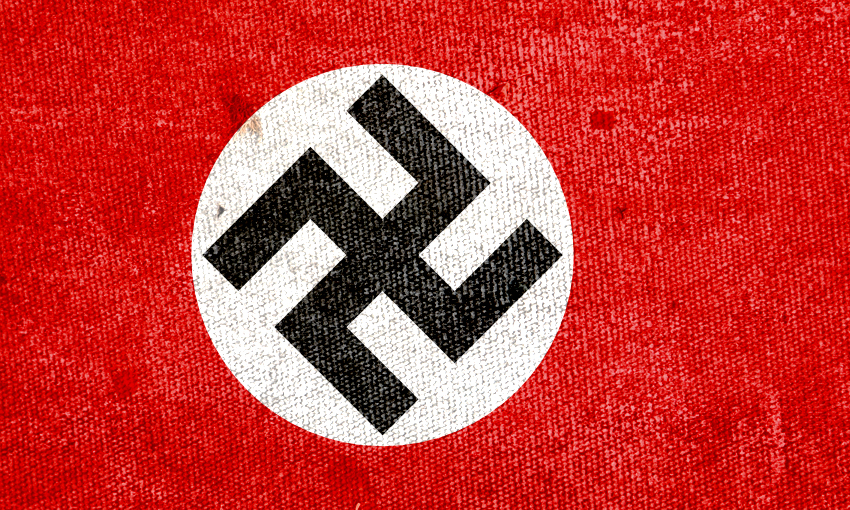 …even though the Nazi party never flew that banner. (The swastika is reversed.)

Plastering the symbol of a hateful, oppressive state onto your rear window and then trying to defend it because it was never actually an official flag is the pinnacle of self-absorbed jerk behavior. It’s like flying the Nazi flag with the reversed swastika and manufacturing offense when people ask you to take it down. “I’m not a Nazi! This has nothing to do with the Nazi party–look, the swastika goes the other way!”[ref]Mind, this has nothing to do with people who use the swastika–reversed or not–for legitimate spiritual practices. In that case, it’s far divorced from the context in which it stands for fascism and genocide.[/ref] It makes your pedantic interest in nitpicking and being “clever” far more important than the outrage or pain that you cause.

Historically accurate or not, you know what the symbol represents, and no amount of rhetorical gymnastics will change that. If, despite that, you insist on flying it loud and proud… well, then you’re a jerk, and possibly a racist one at that.

I edited all of these images by overlaying a free fabric texture from Free Stock Textures.

“Flag of German Reich (1935–1945)” by Fornax – Own work. Licensed under Public domain via Wikimedia Commons – http://is.gd/wVuSsQ [I also modified this image by flipping the swastika.]